We ensure that digital brands and projects attain media attention.

Achieving and surpassing goals – that’s easiest with experienced professionals. Every project is overseen by a senior team, which not only comes up with great concepts but turns them into results.

How do we get new business? Almost entirely via recommendations. To make sure that it stays that way, we apply all our expertise and connections to get the best possible result for every single client.

Communication solutions off the rack? You won’t find those with us. We think that every assignment deserves an individual approach. Especially as the digital industry is prone to quickly shifting priorities. We remain flexible and adjust our course of action accordingly.

Just do it? Sure, but we also constantly challenge ourselves: Is this really the best course of action? How can we optimize results? We are a true partner, on eye level with our clients so that together we can achieve the best possible results.

We are a team of experienced consultants and senior consultants who enjoy impactful communications and collaboration.

From our “pre-life” we know not only how agencies operate but businesses too. That enables us to understand the processes, interests, arguments and objectives of our clients.

Every assignment is carried out passionately and professionally by an individual senior team. 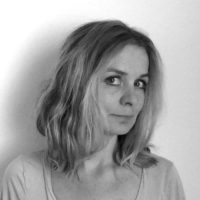 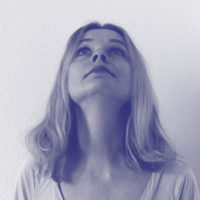 Anja Weinhold is an experienced communications professional who has worked both in-house and in agencies in Germany and abroad. Before founding HotDot Communications, she headed PR and marketing for an eBay subsidiary.  Before its acquisition by the marketplace, she was responsible for its communications in the UK, France and Germany. Prior to that, Anja Weinhold was senior vice president at a global PR agency in Frankfurt and San Francisco, consulting clients from consumer goods and technology. 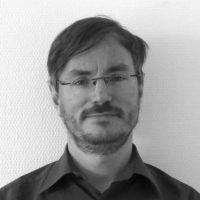 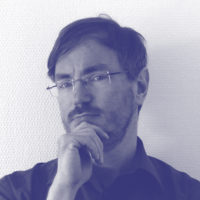 Sascha has considerable experience in PR, corporate and internal communications, both in agencies and in-house. Before starting at HotDot in 2014, he was head of corporate communication at an IT security provider in Berlin for several years. Prior to that he worked as a senior consultant in several agencies, where he advised companies from different sectors, such as real estate, construction or social services. After studies in English and literature, he began his career as a PR officer at an IT industry association in Stuttgart. 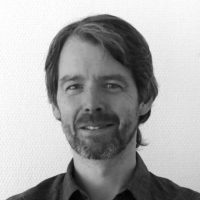 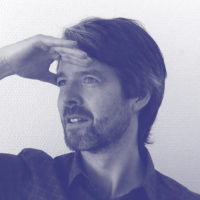 Christian “discovered” PR as a student more than 20 years ago, while working for a student consulting firm. Instead of becoming an engineer, he opted for a PR career in agencies and in-house in Hamburg and Munich.  Arriving in Berlin over ten years ago, he was excited by the emerging digital scene and the challenge of communicating innovation and new technologies to the public. He has been responsible for the media relations of various start-ups for several years, before joining HotDot in 2011.

Where? In Germany and elsewhere via our network Over There.

Our core competence: We get businesses, brands, products and people into the media – print, TV, radio and digital channels. This is best done via storytelling, a deep understanding of media and the way it works, and good contacts to media representatives.

Experts, bloggers, social media stars also influence opinions about a business, product or service. We collaborate with them to design authentic campaigns that are suitable for both the influencer and the brand.

Presentations at conferences are perfect for increasing attention and demonstrating expertise. We select relevant forums and place business representatives as speakers.

We put the spotlight on brands in high-profile PR stunts that get talked about in both social and traditional media. How? Not as an end in itself, but with a clear return on investment as the goal.

Those who can tell exciting stories have a clear advantage. We create relevant, search engine optimized content for internal and external channels. By using free as well as paid forms of content distribution, we ensure a wide reach and a high number of leads.

Communication is most effective when stories are synchronized across and tailored to different channels. HotDot adapts messages for social media, designs customized campaigns and manages all ongoing communications.

Our clients are major digital industry players as well as innovative start-ups.

Our brief monthly review: What exciting things happened for our clients and at HotDot?

Our second home office month. But we are healthy, well-connected and fairly productive:

As has been our Swiss client Bring! who updated its app with personalized offers. They also found out that hoarding is over – and media such as Bild.de reported.

Donkey Republic introduced a 7-day renting option and made recommendations for safe bikesharing in Corona times.

ClassPass is offering livestreaming fitness classes from around the globe about which various media reported: Starting the day with Pilates in Melbourne, hopping over to Vienna for Yoga at lunch and giving it all at a HIIT training in L.A. to end the day.

What a month! Everything is different. We have been working from home since March 10. The communications environment has changed completely. Plans and activities had to be redesigned. But: We are all healthy and trying to make our little contribution so that everyone else stays healthy as well.

ClassPass announced three initiatives to save the fitness and wellness industry: live streams of classes, whose proceeds go entirely to studios, a donation option (with ClassPass to match any contribution) and petition for saving the industry.

“Anybody can use my road cruiser”: AutoBild presented 13 Germans who share their cars via Turo.

Our every day life is getting smarter: Grocery shopping planning with Bring! is part of that – as Freundin.de knew.

ClassPass analyzed the 2019 workout behavior of its Austrian, German and Swiss members: They all love strength training, cycling and yoga.

We are really looking forward to partner with the super cool bike sharing company Donkey Republic.

On the occasion of Turo’s second anniversary in Germany, CEO Andre Haddad talked to dpa about the rapid growth and future plans – more than 200 media covered the story.

How did Germans shop in 2019? This was reported in the 2019 Bring! Shopping Report – trade media reported.

Bring! found out: beer is more popular on New Year’s Eve than champagne!

Oply‘s car sharing customers would prefer a ride with Angela Merkel, Barack Obama and Elon Musk in 2019 if they had to fill the seat next to them.

When should companies hire a digital agency and when is a freelancer better suited? Outvise partner Marco Rosenheimer explained this in magazine IT-Director.

How do Berliners wix? Wix asked them. The results.

With a lot of humor and self-irony in regard to its brand name’s double meaning in German, Wix started a major billboard campaign in Berlin.

How to earn money with your own car? A Turo host showed it in the money advice magazine of the n-tv news TV channel.

Freelancers are happy and earn well: A representative survey by Outvise gained much media attention.

Oply now also has a car at the fourth Jelbi Mobility Hub of the  Berlin public transport authority.

Oply celebrated its one year anniversary of its zone-based car sharing in Hamburg.

Bring! was at the world’s largest food trade show Anuga in Cologne and talked to media about the future of shopping.

On WUV.de and in Horizont’s dmexco edition, Bring! demonstrated how brands can reach consumers when they make their shopping decisions.

A report in n-tv’s car show “PS” explained the advantages of private carsharing with Turo – including interviews with country manager Marcus Riecke as well as a Turo host and a guest.

Pinterest published its Halloween Report with all trends around the scary festivity – Germans prefer unique horn costumes by the way.

Oply celebrated a milestone: 50,000 customers in Berlin, Hamburg and Munich – after only one and a half year on the market.

Bring! compiled the top five tips on how to turn every summer party into a success.

Congratulations: 300 million people around the globe are using Pinterest each month.

Oply moved on to less central urban areas in Berlin. The carsharing provider has opened a zone in Spandau.

Filling the holiday funds again after spending much on travel? Turo had 5 recommendations – Freundin.de reported.

A study by Marketagent.com among Swiss internet users showed: Bring! is the third most used domestic start-up app in Switzerland! Congrats and will continue to use it here in Germany.

Pinterest proudly present its Pride Report: rainbow ear tattoos and marble nails as well as drag queen RuPaul are among the top searches.

In an interview with Lead and Focus Online, Bring! CEO Marco Cerqui talked about the partnership with Edeka and the future of mobile shopping planning.

New donation record: With almost 1 million Euros in just a few days for developing a medication for a rare genetic mutation, the most successful GoFundMe campaign ever in the German-speaking countries came from Switzerland.

Oply has expanded its car sharing offering in Berlin with ten additional zones outside the city center.

Is there someone like you in France, Great Britain or the United States?

We get this question a lot, since many businesses appreciate the benefits of a boutique agency. And the answer is: Yes! HotDot is the co-founder of the international PR network ‘Over There Group’, a collaboration of independent, boutique PR agencies. Together we support fast-growing technology brands and businesses by planning and implementing their communications in the European markets and other key international markets.

International PR with a dedicated, single point of contact and the professionalism and passion of a boutique agency.